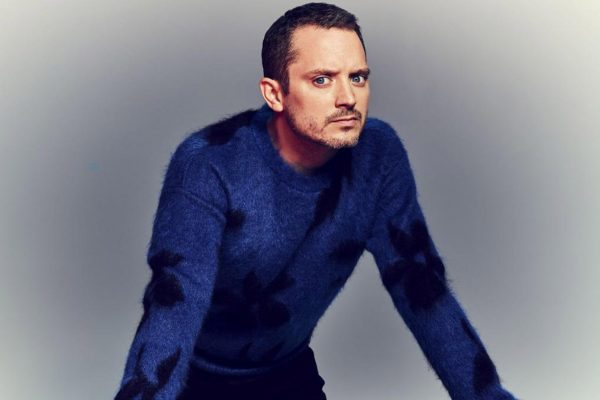 If you can go through this recap first without having a look around the place, you’re ahead of the game, so let’s get to it.

Elijah gave a couple of wonderful interviews earlier this month with The Sunday Times and The Hollywood Reporter. He mostly spoke about his film No Man of God, but there are some other good topics as well. And did you check out those new photos?

I have come across many interviews and raving reviews for No Man of God but two video reviews caught my attention from Seth Sterner and Toxic Reviews.

Another anniversary is coming but with Covid still running amok, Elijah spoke about why he doesn’t feel a Lord of the Rings reunion would be possible. It is sad, but hopefully something can be arranged for them, and for us fans.

Finishing up the amazing No Man of God, it will be out on DVD/Blu-ray come October 19th and it’s available for pre-order on Amazon.

I lost the bet that Elijah would be at Fantastic Fest this year, so no pictures again. That’s three years in a row, though some serious love was shown to him as he came out on top in a category of the popular Fantastic Feud.

Last but not least, this month marks Always and Forever’s 20th anniversary! We are, I believe, the last active fansite of Elijah’s of that generation. I’ve been toying with the idea of creating a new site for a few years, specifically a new way to view images, but I figured why not just go for it and make A&F all new?

This has been labor intensive and I’ve been diligently at work transferring as much to this site as I could. You will see some places are still under construction and some may not even be here yet, but they will be. Not everything on the old site will make the trip, but not to fret. The old site will still be active for a while as I continue to do some house cleaning. After sections are in place, the old site will become the Always and Forever Archives… because 20 years of following Elijah is overwhelming.

My wonderful, super smart and handsome tech, Jochen held my hand through the technical parts of this shuffle and I don’t know if I would have made it though without him, so THANK YOU! In the end, we hope the new and improved site will be a welcome change for our readers and, if the slightest chance he ever visits again, a site that Elijah can be pleased with. Enjoy!